During This Coronavirus pandemic, Many people lost their lives and people suffer the biggest crisis of Century 21. The life we are changed for many people job loses

In the year 430 after the war between Athens and Sparta began, during this time an epidemic ravaged the people of Athens happens. The Plague was a menacing to Athens people. Some estimates put the death toll as high as 100,000 people. That time a famous Greek historian Thucydides wrote that “people in good health were all of a sudden attacked by violent heats in the head, and redness and inflammation in the eyes, the inward parts, such as the throat or tongue, becoming bloody and emitting an unnatural and fetid breath.in spite of the war is still going many people lost their lives and family

Antonine Plague in Roman Empire breaks down the Empire our their knees over 5 million people killed. The big city is highly effective like Italy, and Greece. Eventually, it reached Spain, Egypt, and North Africa among other areas. At the height of the pandemic over 2000 people die daily

The Plague of Cyprian was come in 260 AD it caused 5,000 people to death per day.  It reached Rome in the following year eventually spreading to Greece and further east to Syria. Some bishop said it is the end of world

A plague of Justinian has been reported in the world’s history which have caused millions of deaths within a short period. One of the deadliest plagues during this time the Europe suffer the black dust cover the whole Europe. That killed almost half Europe’s population, countless deaths were reported

It was the deadly pandemic that swept through Europe and Asia among other continents and killed an estimated 25 million people in Europe. It was caused by a strain of the bacterium Yersinia pestis that is likely extinct today and was spread by fleas on infected rodents

The American Plagues brought to the Americas by Europeans explorers. The diseases took half of the Europe in the territories. In 1519 and other Spanish force led by Francisco Pizarro conquer the Incas in 1532.

During the Franco-Prussian war Small pox spread all around the world it reached Asia through America causing 500,000 deaths worldwide.

Cholera is an infectious disease that causes severe watery diarrhea throughout the year 1817 India faced many deaths in that time India is under British control Three years after it spread throughout India it reached different countries in Asia. In 1821, it was brought by British troops traveling from India even to countries outside Asia

The Russia flu called the first-ever modern flu pandemic. It had struck with a vengeance in the Russian capital of St. Petersburg that fall, infecting as much as half the population? After a few months, it reached virtually every part of the planet. An estimated 1 million people died of the Russian flu.

Yellow fever it was known at the time, is a viral disease that begins with fever and muscle pain. Next, victims often become jaundiced as their liver and kidneys cease to function normally. The disease is carried and transmitted by mosquitoes, It wasn’t until winter arrived — and the mosquitoes died out — that the epidemic finally stopped. By then, more than 5,000 people had died.

A polio epidemic is one of the biggest pandemic for children. All are started in New York City America in 1916 Kids, who seemed to be targeted by the disease and caused 27000 cases and 6000 deaths in the United States

The famously known as Hong Kong flu The flu outbreak in 1968 and 1969 killed between one and four million people globally. This pandemic is also a big threat because the easy spread by mosquito It killed an estimated one million people.

A disease that spread to sexual content. The first case reported in 1981. Since the infecting 65 Million people all around the world. There is still no known cure for this sexually transmitted disease, but there are already treatments that keep the virus under control allowing people to live longer

The first case reported in 31 December 2019 was a Woman who work in fish Market was infected in Wuhan China. In a short time period 3 Million people are infected by this virus all around the world, there is no proper cure till that day many deaths were reported 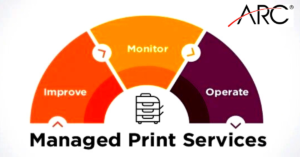 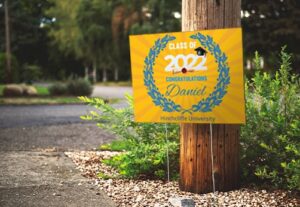