The world of networking as we know is growing at a rapid pace. The ever-growing nature has elevated its exigency in the world on the whole. Venturing into networking isn’t child’s play, conditions applied; yes What if I tell you it is in fact child’s play because of the numerous certifications available that act as the launchpad for all your dreams to make it large in networking. One of such courses is CCNA; CISCO Certified Network Associate, this is often described as a certification to prove that one has got all, that is needed to change the landscape of IT. The certification opens the gate to new job avenues and wider options. We need to have clarity of what we understand from CCNA.

CCNA is a certification course from CISCO that covers various networking fundamentals like IP services, security fundamentals, automation, and programmability.

CCNA acts as proof to legitimize the skills that are required to optimize and manage the current times’ networks.

CCNA exam and training are enough for an individual to mold and shape his/her career in their desired direction.

History and Evolution of CCNA:

Before one sets out on the journey to obtain CCNA certification it’s only sensible to know a little about its history and also have a look at how it evolved from its inception in 1998 to become the base of many other certifications. Ever since its launch, more than a million CCNA certifications have been done. The CCNA certification was introduced by CISCO at the Philadelphia Networker show in 1998. It was introduced as a prerequisite to a lot of other networking courses. Along with this they also introduced CCNP and a few other certifications. The exam number at first was 640-407 as per recollection from one of the earliest people who gave the exam. This certification was not only meant to make way for people who wanted to set foot in the networking industry but also for people who wanted to upgrade in their current job roles. As it’s also an upgrade in the skillset one already possesses. It’s noteworthy that the CNNA certification lasts for 3 years and after that, the aspirant has to undergo an examination again to renew his/ her certification. If one doesn’t undergo the exam they need to showcase a total of 30 continuing credits of education

The takeaway from the CCNA course:

After being done with the course one has knowledge of the basics and can easily be expected to perform certain technical functions.
To be able to build basic lucid, LANs.
One has learned to perform basic configurations for routers and switches, and also be able to implement IPv4 and IPv6 addressing schemes.
They learn to configure routers, switches, and also end devices to enable access to local and far-flung resources of the network.
Enhance your critical thinking and also elevate your problem-solving attitude and skills.
Become technically sound enough to troubleshoot connectivity of small networks by means of best and most lucid practices.

The topics covered in CCNA certification are:

There isn’t any such prerequisite for starting the course but often it is recommended by CISCO for the candidate to have a year or two of implementing and administering CISCO solutions and gather knowledge.

CCNA is an entry-level certification by CISCO. The most commonly occurring question regarding any certification happens to be if the certification is worth it or not? The answer has and will always be subjective as per persons’ needs, preferences, etc.

CCNA is a certification course introduced by CISCO, it was brought about considering the number of people who wanted to be a part of the networking landscape. The course is worth it in terms of the remuneration one makes out of the course and also how the course acts as the Launchpad

for all jobs in networking, from here on the journey to upskill, can begin easily and a candidate can upgrade with follow up courses. This will also make way for upscaling the career, so on the whole CCNA Course is totally worth it. 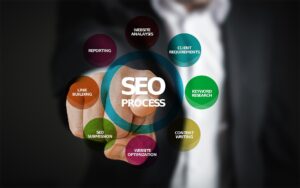 How to Create Custom Business Cards : Top 5 Factors to Consider